This survey paid for by CIBC and conducted by Leger Marketing serves as an important reminder as to why employers need to get with the program regarding the AODA & the ADA in the US to make the workplace accessible. With ageing workforce’s rapidly expanding due to the baby boom coupled with the fact fewer people are retiring, having well designed or Universally Designed work environments, equipment and tools will ensure decreased human error; greater acceptance of new technology (when it is easy to use); work efficiencies and enhanced health and safety outcomes. To learn more contact us at AODA@OptimamlPerformance.ca 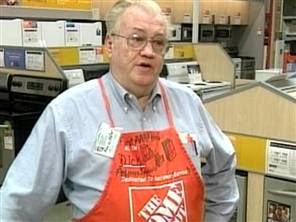 Here is the article about the Leger Findings reported by the Canadian Press today;

TORONTO – A new survey of Canadians in their 50s found that 53 per cent of those polled said they plan to continue working after retiring in their 60s, in many cases to supplement their income.

According to the survey, almost half of today’s 50-59 year olds polled have less than $100,000 saved for retirement and many planned to use employment income in retirement to make up for lack of savings.

“The retirement landscape is shifting as baby boomers reach traditional retirement age with a smaller nest egg than they expected to have,” said Christina Kramer, executive vice-president, retail distribution and channel strategy at CIBC.

Overall, the survey found that of those who plan to keep on working, 37 per cent said they would do so part time.

And only one third of those who plan to work post retirement said they would do so just for the money.

Two-thirds — or 67 per cent — saw working either as a way to either stay socially active or that they just found work enjoyable and wanted to stay involved in the workforce in some capacity.

The average age at which the respondents plan to retire varied by region, with those in Atlantic Canada, Quebec and Manitoba and Saskatchewan looking to retire earliest at age 62. Ontarians were next at 63 and followed by those in Alberta and British Columbia at age 64.

CIBC says results are based on a poll conducted online by Leger Marketing via the LegerWeb panel that it says comprises more than 400,000 households. It said the poll used a sample of 805 respondents aged 50 to 59 and was conducted between July 5 and July 8.” Vancouver Sun 2012.